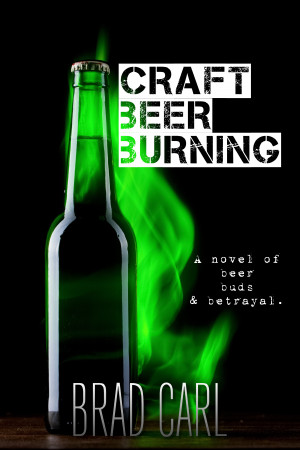 By Brad Carl
Moving back to his hometown in South Dakota, gives Oscar the opportunity to reconnect with Doug, his childhood friend. When Doug finds himself unemployed, Oscar convinces him to open a craft brewery with his financial backing. As the tension mounts, will Oscar and Doug's bond wind up crossing a line that changes their relationship forever? More
How far would you go to eliminate a threat to your business?

Moving back to his hometown of Silver Hollow, South Dakota, gives Oscar the opportunity to reconnect with Doug, his childhood friend. He soon becomes fascinated with Doug's home brewed beers and, when Doug finds himself unemployed, convinces him to open a craft brewery with Oscar's financial backing. But the area already has a brewery and its owner is not pleased to have competition.

Although married, Oscar insists Doug move in to his guest room while the brewery takes off. This puts a strain on Oscar's already rocky marriage and his wife does not hold back her frustration.

After the brewery's successful grand opening, the two friends continue to learn about each other and the stress of running a business. Their sole employee appears to be a valuable addition, but his character is soon called into question.

As the tension mounts, will Oscar and Doug's bond wind up crossing a line that changes their relationship forever?

Trust and loyalty clash with deceit and revenge as author Brad Carl explores the depths of friendship and business in Craft Beer Burning.

Brad Carl is a former radio personality who still earns part of his living by doing voiceovers. Growing up in the Midwest, reading and writing were passions of his for many years. It wasn't until recently that he decided to release his work to the world.

Brad is also a successful businessman, networker, and speaker. He currently resides in Kansas City with his wife, Kristi, and daughter, Presley. The family also has a dog named Ali.

You have subscribed to alerts for Brad Carl.

You have been added to Brad Carl's favorite list.

You can also sign-up to receive email notifications whenever Brad Carl releases a new book.