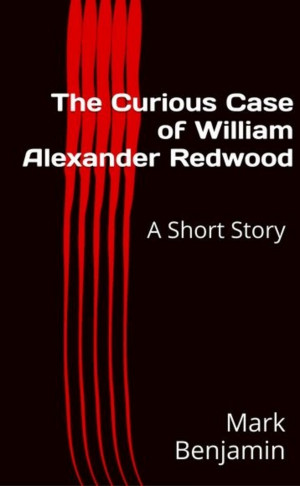 The Curious Case of William Alexander Redwood: A Short Story

Eighteen-year-old Billy wakes up to find himself imprisoned, bound and blindfolded, with no recollection of how he got there.

When his captor knocks him out to silence his screams, Billy's memories pursue him into the cruel darkness.

With his rise to consciousness, Billy comes to face what has haunted him from childhood, with devastating results.

Mark Benjamin is the author of two books - one, in an adult urban fantasy series, The Royal Blood Chronicles; and the second, a short story. Devouring all books he could get his hands on from an early age, he managed to ruin his eyesight by reading (when he should have been asleep) under his bedcovers with a torch (video games had no say in his bad eyesight...okay, maybe a little). His love of books translated to a passion for writing, which he began aged ten (he still has his first juvenile novel to this day).

Currently working for a national bank, his dream job is to be a full-time author, a path he fully took when he sent a sample of his work to a ten-week introductory fiction course funded by an American foundation and conducted worldwide in 2010. Out of the 15 available slots, one was his out of hundreds of thousands of applicants (okay, perhaps a slight exaggeration, but it was advertised in the national dailies).

When not writing his third book or planning literary world domination, Mark enjoys spending time with his wife, entertaining his under one-year old daughter, playing on his Playstation (AnnA) and reading (obviously).

You have subscribed to alerts for Mark Benjamin.

You have been added to Mark Benjamin's favorite list.

You can also sign-up to receive email notifications whenever Mark Benjamin releases a new book.