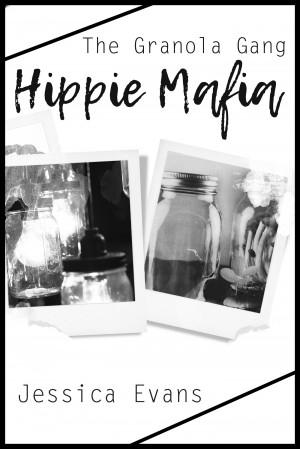 By Jessica Evans
Rated 4.00/5 based on 1 reviews
Hippie Mafia is a story of urban redemption, examining how greed and loyalty influence decisions in a sub-culture that is generally accepted as being peaceful and without strife. More
Hippie Mafia is a multi-voice narrative that examines gender roles within the constructs of urban identity. The antagonist of the work, Mason, is the antithesis of the female archetype, both in her decision making skills and in the progression of her character through her stand-alone agency. The female protagonist, Amy, is one who responds to the situations she finds herself in as one might expect of a standard female character. It is the hope of the work that these two conflicting female identities will help the reader to begin to understand and examine ways in which female characters do not need a male counterpoint to advance their own stores.

Deftly building on a circle of losers and users in the underbelly of modern America, Evans portrays betrayal, heartbreak, and intense loyalty in the face of desperation and aimlessness in a big city where nobody ever, in her view, rises to their potential. Distinctly about now rather than any stereotypical '60s hippies, this gripping tale starts out as an easygoing "Friends" with lesbian hookups, drugs, romantic obsession, and music festivals thrown in before building to its violent catharsis. I didn't even know there were direct flights from Cincinnati to India, but it's true. And, by the way, I love the fact that two of the main characters are Greek-American, though she gently touches on it.

You have subscribed to alerts for Jessica Evans.

You have been added to Jessica Evans's favorite list.

You can also sign-up to receive email notifications whenever Jessica Evans releases a new book.