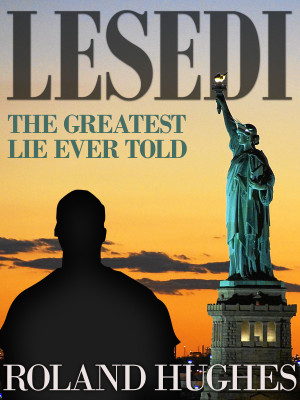 This book is both stand alone and the middle work of the “Earth That Was” trilogy. “Infinite Exposure” and “John Smith - Last Known Survivor of the Microsoft Wars” are the beginning and end. It was written in response to fans wanting a bit more of “the story in between.”

The first wave of nuclear attacks from both terrorists and governments has happened though the general public has yet to figure it out, most are too busy trying to survive to bother figuring it out. The predicted extinction of all life did not happen possibly because many of the first attack detonations occurred at our own nuclear power plants.

Follow his journey and those of the survivors he meets along the way to see if the Universe allows them a brief bit of happiness or chooses to squash them like a bug.
Available ebook formats: epub mobi pdf lrf pdb txt html
First 20% Sample: mobi (Kindle) lrf pdb Online Reader
Price: $0.99 USD
Buy Add to Library Give as a Gift
How gifting works
Create Widget
Tags: terrorism survivalists statue of liberty nuclear terrorism preppers
About Roland Hughes

Roland Hughes started his IT career in the early 1980s. He quickly became a consultant and president of Logikal Solutions, a software consulting firm specializing in OpenVMS application and C++/Qt touchscreen/embedded Linux development. Early in his career he became involved in what is now called cross platform development. Given the dearth of useful books on the subject he ventured into the world of professional author in 1995 writing the first of the "Zinc It!" book series for John Gordon Burke Publisher, Inc. http://www.kilibro.com/books/0934272395/zinc-it

A decade later he released a massive (nearly 800 pages) tome "The Minimum You Need to Know to Be an OpenVMS Application Developer" http://www.worldcat.org/title/minimum-you-need-to-know-to-be-an-openvms-application-developer/oclc/76032459&referer=brief_results which tried to encapsulate the essential skills gained over what was nearly a 20 year career at that point. From there "The Minimum You Need to Know" book series was born. http://www.theminimumyouneedtoknow.com.

Three years later he wrote his first novel "Infinite Exposure" http://www.infiniteexposure.net which got much notice from people involved in the banking and financial security worlds. Some of the attacks predicted in that book have since come to pass. While it was not originally intended to be a trilogy, it became the first book of "The Earth That Was" trilogy.

When he is not consulting Roland Hughes posts about technology and sometimes politics on his blog http://www.logikalblog.com. He also has regularly scheduled Sunday morning posts appearing on the Interesting Authors blog. http://www.interestingauthors.com/blog

Reviews of Lesedi by Roland Hughes

You have subscribed to alerts for Roland Hughes.

You have been added to Roland Hughes's favorite list.

You can also sign-up to receive email notifications whenever Roland Hughes releases a new book.