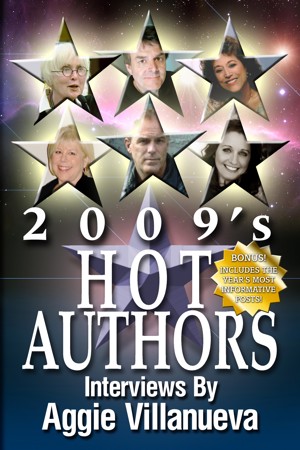 By Aggie Villanueva
"Aggie has few peers as an interviewer. She does her homework, asks layered questions that illuminate the writer's core, and brings a fresh and positive energy to the experience for both reader and interviewee alike." Larry Brooks, critically acclaimed author and revolutionary fiction instructor.

Published at Thomas Nelson before age 30, award-winning author Aggie Villanueva is now a self-published fiction & nonfiction author at Amazon/Kindle with The Rewritten Word (won the 2011 Global eBooks award in Writing/Publishing), Rightfully Mine and Amazon Categories Create Best Sellers, all of which reached bestseller in multiple categories shortly after release, and also ranking in multiple categories of Amazon’s Top Rated, Hot New Releases and Tag Communities lists.

You have subscribed to Smashwords Alerts new release notifications for Aggie Villanueva.

You have been added to Aggie Villanueva's favorite list.

You can also sign-up to receive email notifications whenever Aggie Villanueva releases a new book.