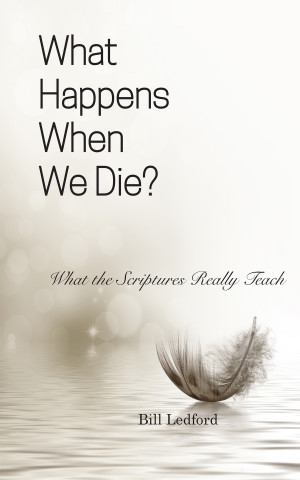 What Happens When We Die?: What the Scriptures Really Teach

Bill Ledford was born and grew up in the serene and picturesque Blue Ridge Mountains of western North Carolina. After serving in the U.S. Air Force with a tour in Vietnam, he has spent most of his adult life in Colorado. He still rejoices with the wife of his youth for almost a half century. He is delighted with children and crowned by grandchildren and great-grandchildren. He is blessed beyond his dreams and imagination.

His calling with the Lord is to be a researcher, a teacher and a puzzle builder; the ability to see connections between things seemingly unconnected and fit them together to enlarge the picture of perspective.

You have subscribed to alerts for Bill Ledford.

You have been added to Bill Ledford's favorite list.

You can also sign-up to receive email notifications whenever Bill Ledford releases a new book.