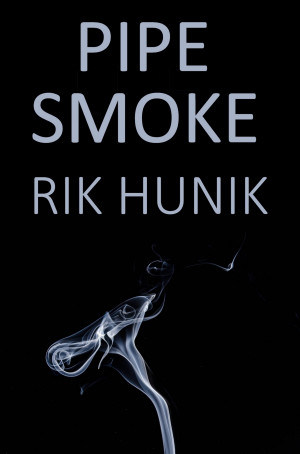 Rik Hunik was born in Nelson, British Columbia, Canada, in 1957, and has lived his entire life in BC, except for a few summers in Alberta, and a few days in Washington State climbing rocks. He has lived in Ymir, Wells, Quesnel, Prince George, Quesnel, North Vancouver, Quesnel, Burnaby, North Delta, and Quesnel. I live with my wife Jo and a blue-eyed, white cat named Mister. I mostly build houses and shops to earn a living but I'm also a writer, poet, artist, photographer, role playing game designer and independent e-book publisher. I’ve written dozens of stories, including fantasy, horror, sword & sorcery, mystery, humor, erotica, and science fiction, frequently combining genres. Forty have been published in small press magazines and e-zines, from the 200-word "The Hole" in Ascent Aspirations, to the 10,000-word novelette "Levels" in Buzzy Mag, published in May, 2012. Some of them are available now as ebooks at Smashwords.
Contact me at: rikhunik@hotmail.com

Nice and short, a well-written piece.

Interesting, although I'm not sure what it means.

You have subscribed to alerts for Rik Hunik.

You have been added to Rik Hunik's favorite list.

You can also sign-up to receive email notifications whenever Rik Hunik releases a new book.