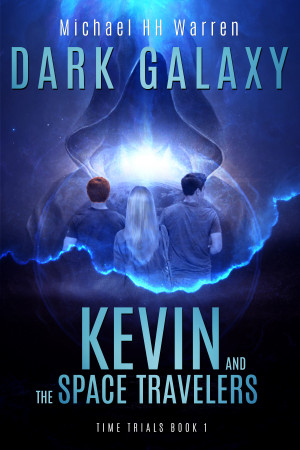 Dark Galaxy follows the young group and their allies through their inter-galactic travels as they meet with alien and unknown creatures and have their ability to hold together as a group tested.

In Book 2 of the series (expected late 2017), Kevin and his space travelling friends encounter yet more dark forces from another dimension.

Michael HH Warren began writing about his life during the South African winter of 2009. Driven by a strong desire to tell his story, what began as a creative outlet would eventually become his first book, In The Name Of God. The writing bug has bitten, and Michael has since published several novels. A far cry from his memoir, these books are aimed at teens/young adults who represent Generation Z (GenZ). Still having a passion for the world of non-fiction, Michael has several ideas presently evolving into draft manuscripts. He lives with his wife, two children and three Jack Russells.

You have subscribed to alerts for Michael HH Warren.

You have been added to Michael HH Warren's favorite list.

You can also sign-up to receive email notifications whenever Michael HH Warren releases a new book.