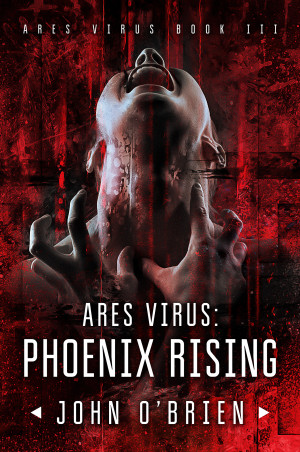 The western forces have secured an island, but it’s not truly theirs. The air is contaminated by the millions of infected. Without enough firepower to eliminate so many, they’ll have to come up with another solution before an accident allows the virus to infiltrate their ranks.

In the midst of battles that could swing either way, a ten-year old girl cycles through the middle of nowhere. Alone and scared, she pedals on lonely highways, searching for help. Within her, she carries either the hope of salvation or the potential downfall of humanity.

John O'Brien is a former Air Force fighter instructor pilot who transitioned to Special Operations for the latter part of his career gathering his campaign ribbon for Desert Storm. Immediately following his military service, John became a firefighter/EMT with a local department. Along with becoming a firefighter, he fell into the Information Technology industry in corporate management. Currently, John is writing full-time.

As a former marathon runner, John lives in the beautiful Pacific Northwest and can now be found kayaking out in the waters of Puget Sound, mountain biking in the Capital Forest, hiking in the Olympic Peninsula, or pedaling his road bike along the many scenic roads.

About the Series: ARES Virus

What would happen if a viral agent was released on American soil? How would local agencies react? How would the military respond? What if it was one of their own? Would they own it or attempt to cover it up? If a major operation was jeopardized because of the release, would that alter any of the decisions?

You have subscribed to alerts for John O&#039;Brien.

You have been added to John O&#039;Brien's favorite list.

You can also sign-up to receive email notifications whenever John O&#039;Brien releases a new book.