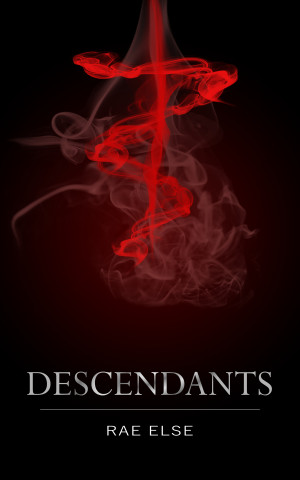 By Rae Else
El, a seventeen-year-old has inherited an ancient and deadly power. After losing control of it, she becomes the prey of a secret organisation known as the Order.
Forced from her home, she is thrust into a world that she never knew existed; one full of beings called arete, who possess powers like hers. As she learns more, the line between friend and foe becomes blurred. More
There are lots of stories about the children of gods. But what about those cursed by the gods, and their descendants...

El, a seventeen-year-old has inherited an ancient and deadly power. She loses control of it, causing a horrific accident, and becomes the prey of a secret organisation, known as the Order.

Forced from her family and home, she hides in plain sight amidst the crowds of London, and is thrust into a world she never knew existed; one full of arete: beings with extraordinary powers like hers.

Arete can trace their lineage and powers from ancient Greece. They do not claim their inheritance comes from the gods, rather legend says they are descended from cursed beings, such as Medusa.

At the heart of their world is the kerykeion, the symbol that protects them from the humans and the humans from them. El is trapped between two factions, one that has built an empire around the kerykeion and another that is determined to bring it down.

As she is drawn deeper into the conflict, the only way to find the truth is to take matters into her own hands, and the line between friend and foe becomes dangerously blurred.

Rae Else is an Urban Fantasy author, most at home in the spaces between reality and the imaginary. When in the real world, she resides in London. Her Young Adult, Urban Fantasy book, Descendants is the first in The Arete Series and is due to be published in April 2017.

Rae has previously published fiction with Fictuary magazine. She studied Classics at university and a lot of her stories draw on mythology and ancient worlds. In her twenties, Rae worked as a primary school teacher and now runs a dog walking business alongside her writing. She can usually be found sniffing out plots and characters with her trusty hounds! When not reading or writing, Rae also loves to scuba dive. She finds the big blue to be like a good book – a portal to a different world.

Learn more about Rae Else

You have subscribed to alerts for Rae Else.

You have been added to Rae Else's favorite list.

You can also sign-up to receive email notifications whenever Rae Else releases a new book.