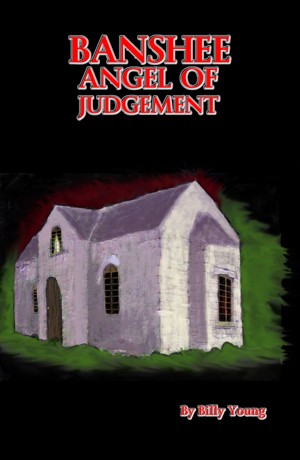 Rated 4.00/5 based on 1 reviews
She was the banshee, out for revenge against those she saw as guilty and her punishment. She had called down the curse on those that sent her to her death, falsely accused of witchcraft. At night she would go forth from her derelict cottage to hunt the unwary and now she has her sights set on another two victims to fill her with new power.
Available ebook formats: epub mobi pdf rtf lrf pdb txt html
First 30% Sample: epub mobi (Kindle) lrf more Online Reader
pdb
Price: $1.99 USD
Buy Add to Library Give as a Gift
How gifting works
Create Widget
Tags: horror haunting ghost story banshee scarey gothic horror
About Billy Young

I am a father of two great kids, Tammy (my daughter and youngest) and Calum (my son). They often drive me up the wall but I could never wish for better children.
I was born and bred in Scotland, I was raise by my aunt who sadly has now passed away. My childhood was in the most part a learning experience in school and out.
My adult life has seen great periods of unemployment interspersed with soul destroying jobs working in factories. The one job I enjoyed was working at a local theme park.
I am married, as mention above, with two kids Calum and Tammy. My son sadly takes his imagination from me. His sister though is more like her mother both in looks and temperament, so don’t get in her bad books.
I have always enjoyed writing but have other hobbies such as jewellery making, DIY, playing computer games (who doesn’t these days), of course reading. Unfortunately money is often in short supply, as it is with most of us these days, so I have little in the way to spend on them but at least with the DIY I can save some until the kids spend it for me which never takes long does it.

Also in Series: The Banshee

Two things kept me from giving this novella a full five stars. First, there were numerous run-on sentences with commas placed so poorly that they almost made no sense. The second problem was my grounding in Celtic mythology; the banshee (or bean sidhe) is not a vengeful mortal soul, but a fairy harbinger of death.

All of that said, Billy Young's novel has a good premise -- the vengeant spirit of a woman falsely accused of witchcraft visits her judgment on all who offend her from the time of her initial demise in the late 17th century until three hundred years in the future.

The most interesting, and best developed, parts of the novel focus on Helen's accusation and trial for witchcraft. Young has a good understanding of why most women were accused of witchcraft: their property became forfeit to the local government. He describes the various "tests" that women were put through: tortures that would make people confess to anything in order for the abuse to stop.

The parts of the tale that take place in modern times, focused on two amusement park employees who pass by the "witch's house" every day on their way home almost feel tacked on by comparison.

Complaints aside, this was an entertaining short read. Horror/thriller buffs are likely to enjoy it very much.

You have subscribed to alerts for Billy Young.

You have been added to Billy Young's favorite list.

You can also sign-up to receive email notifications whenever Billy Young releases a new book.