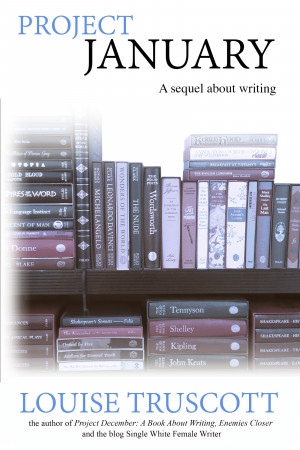 Project January: A Sequel About Writing

Louise Truscott was born, brought up and still lives in Melbourne, Australia. She tried not being a writer and editor, then tried being a corporate writer and editor, but she’s only truly happy writing and editing when she chooses what to write and what to edit. With a blog called Single White Female Writer, there are lots of hints in the name about who she is.

She published Enemies Closer, her debut novel, under the name LE Truscott in 2012. Project December: A Book About Writing, her second book, was initially published in 2015 and Project January: A Sequel About Writing was published in 2017. Black Spot, her upcoming novel, was shortlisted for the 2016 Text Prize.

You have subscribed to alerts for Louise Truscott.

You have been added to Louise Truscott's favorite list.

You can also sign-up to receive email notifications whenever Louise Truscott releases a new book.