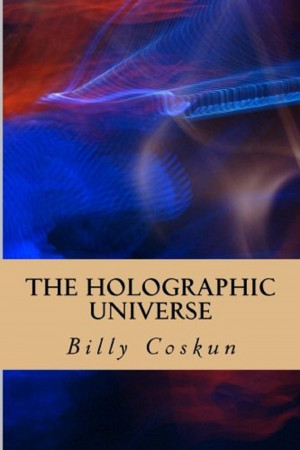 By Billy Coskun
The phenomenon of elastic clock synchronization in the brain - Quantum EvolutionTheory More
This book is about my experiments, discoveries, and theories that I have developed. These include but not limited to:
- Einstein's Space-time theory is flawed (with mathematical proof)
- Free-will is an illusion
- Evidence for existence of God and the super-deterministic universe that he created
- Elastic clock-rate synronization capability of brain without time dilation
- Electrum Quantum Audio app (world's first commercial quantum product)
- World's first trans-continental quantum teleportation
- Quantum Evolution Theory
Please aproach with an open mind and enjoy reading!

Billy Coskun is a scientific philosopher, inventor, software developer and electronic music composer. His experience as a musician led him to discover the elastic clock synchronization in the brain. Read more about this extraordinary phenomenon in his e-book titled "Quantum Matrix" in which he also discusses the Quantum Evolution Theory, a theory that he developed based on the results of his quantum tests. While experimenting on hardware digital electronic circuits, by applying the principles of quantum physics and logic, in 2015 Billy Coskun invented the quantum audio engine. He then developed the Electrum Quantum Audio Engine app which is the world's first commercial quantum product. Billy Coskun's experiments with the quantum audio engine also supported his findings regarding the super-deterministic virtual universe. Therefore, the Quantum Audio Engine app is recommended to the readers to confirm Billy Coskun's findings - available on Google Play and Samsung Galaxy app stores. (Many people feel intimidated by the word "quantum" as they think it's just a gimmick to sell products. For your information please note that I have been accepted as an exclusive partner by Samsung Inc. after the quantum audio app I've developed tested by their tech. department. Thank you).

You have subscribed to alerts for Billy Coskun.

You have been added to Billy Coskun's favorite list.

You can also sign-up to receive email notifications whenever Billy Coskun releases a new book.