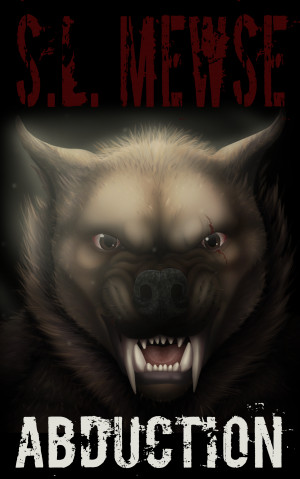 Life with the pack went from bad to worse in the wake of the werewolf attacks that found Hunter Dalton finally living with his own kind. Living a life surrounded by death and destruction he found himself part of a team of guardians for a child that he wished had never been born. With the mother of the baby on lockdown, it seemed as though nothing more could go wrong; but evil always finds a way. More
‘Oh I hardly think I’m just going to let you go having dragged you into a shady little alleyway, am I my love?’ He replied smoothly, his voice a deep, masculine bass with a touch of an accent that hinted at a London upbringing. ‘I have a feeling you’re a flight risk sweetheart.’ He grinned at her, his teeth remarkably clean and white despite his disheveled appearance.
Audra straightened up beneath his grasp, standing as tall as she could and glaring straight into his eyes with the intent to put him in his place. But what she saw there froze her vocal chords as completely as if she had been grabbed about the throat. His face was like the badly matched creation of a mad scientist, patches of milky white skin seemingly splashed onto the background of a deep tanned hide. But that was not what caught her attention; nor was it the stark white of his right eyebrow, or the snowy streak in his facial hair. No, all she could see was that one, terrible eye. His right iris was a pale pink shot through with darker blotches, and thin veins spread from around it like lightning bolts. The pupil was fully dilated and somehow glistened a stark, bright red like a maraschino cherry. It was obvious that he had no sight in that eye, and yet it seemed filled with some terrible spark of malice, like something that belonged in the skull of a demon.
‘Cat got your tongue sweetheart?’ He asked.

Life with the pack went from bad to worse in the wake of the werewolf attacks that found Hunter Dalton finally living with his own kind. Living a life surrounded by death and destruction he found himself part of a team of guardians for a child that he wished had never been born.
With the mother of the baby on lockdown, it seemed as though nothing more could go wrong; but evil always finds a way.
In a race against time, Hunter finds himself chasing the youngster across land and sea… But will he find him before it’s too late?

Stacey Leah Mewse was born in 1987 in the old roman town of Chichester in West Sussex in the UK. She is a non-identical twin and is the younger of the two by just one minute. She spent her early years near the seaside town of Bognor Regis, and moved to Cambridge in her younger years.
By the time she was of school age she and her family had moved back to West Sussex and were living in a small village near the town of Bognor Regis.
Fiction and art have always been Stacey's passions. She Began drawing under the watchful eye of her mother when she was a child, and she began by writing in the fantasy genre when she was in her mid-teens. Unfortunately her first literary work was lost to a computer malfunction in the days of the floppy disk, and she was left with only a few scant chapters remaining of this first book. To this day it is an ambition of hers to re-start and finish that first book, but her horror writing is her primary focus. Her artwork began in traditional formats and to this day she still enjoys oil painting and working with pastels, though these days most of her artwork is digital.
Stacey was introduced to the world of horror at a young age thanks to the likes of R.L Stine, and then the accidental viewing of one of the halloween series at the age of 8 years old. She instantly developed a taste for horror and has never looked back. An avid reader of horror fiction, and watcher of horror films, she was introduced to the world of more adult horror writing by her mother lending her a copy of the magic cottage by James Herbert. After that fateful reading she avidly sought out his work, and he remains one of her favourite authors. Stacey also enjoys the writing of Dean Koontz, Richard Laymon and Stephen King. Primarily interested in supernatural horror, Stacey has a real love for 'creature feature' style books and films, and this comes across in her art and literature. She greatly enjoys blending the unreal elements of the supernatural with real human horrors. She also enjoys tackling taboo subject matter in her writing, and including day to day realisms to keep her stories and characters relatable despite the fantasy elements. Her artwork tends to revolve around horror, fantasy and animals, and she is working on a fantasy/horror based comic.
Not only is Stacey an artist and author, but also a keen animal lover and cancer survivor. She has a passion for unusual animals and is especially fond of hairless pets. She has even been on the committee of the UK Xoloitzcuintli club, and was a keen dog show attendee in her youth. She also thoroughly enjoys crafting and crochet is a particular favourite of hers, make of that what you will! She was diagnosed with cervical cancer and then treated in 2013, and is now thankfully in remission.

About the Series: Primal Progeny

Werewolf horror bought kicking and screaming into the modern era. The Primal Progeny series follows the lives of a pack in the south of England and the trials they face when confronted with evils set on destroying them. This series deals with pack life, the horror of transformations, the personalities that make the monsters, and is blood soaked and gore splattered.

Book one focusses on the relationship between one ancient werewolf's lycanthropy and psychopathy.

Book two is a modern take on the vargulf with an ancient one being slowly devoured by his sickness.

Book three Follows the pack as they hunt down a child stolen from them, and features new and terrifying kinds of shape shifter.

You have subscribed to alerts for S. L. Mewse.

You have been added to S. L. Mewse's favorite list.

You can also sign-up to receive email notifications whenever S. L. Mewse releases a new book.