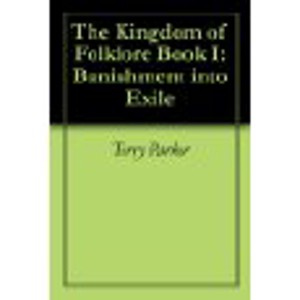 The Kingdom of Folklore Serialized Into 4 Books

Terry A. Parker has been writing for well over 25 years. His credits include numerous novels, short stories, cartoons, and a couple of screenplays. Parker was published some years ago with his cartoon series titled ‘Bojoe and Sally’. It ran successfully for over a year. He also has novels with Lulu.com, called ‘The Kingdom of Folklore’ and ‘Invasion of the Killer Tapeworms’.
Terry also has a series titled ‘Tales From the Cactus House’. It’s in the realm of ‘The Twilight Zone’, and takes place within a pub in the middle of the desert. There, an old Indian spins yarns where the people listening become part of it.
He resides in Timpson, TX where he continues to punch away on his laptop. In his 50’s now, he also loves to walk, fish and draw. 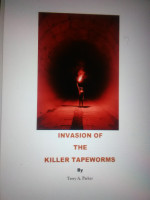 Reviews of The Kingdom of Folklore Serialized Into 4 Books by T.A. Parker

You have subscribed to alerts for T.A. Parker.

You have been added to T.A. Parker's favorite list.

You can also sign-up to receive email notifications whenever T.A. Parker releases a new book.