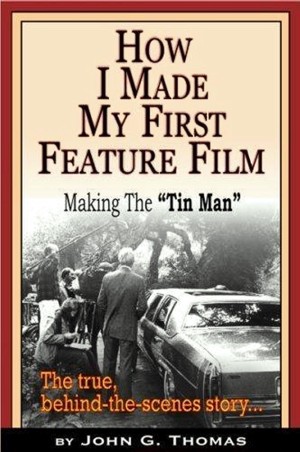 By John Thomas
Details the problems experienced in order to make a first feature film, "Tin Man." Not some Hollywood publicist's account, but the no-holds-barred description of everything that happened - the triumphs and the disasters.
Takes you through every step from raising the money through distribution. A major emphasis on directing actors, editing and dealing with unions or guilds.
Available ebook formats: epub mobi pdf rtf lrf pdb html
First 20% Sample: epub mobi (Kindle) lrf more Online Reader
pdb
Price: $4.99 USD
Buy Add to Library Give as a Gift
How gifting works
Create Widget
Tags: filmmaking producer director actor feature films
About John Thomas

John G. Thomas has been in the film and television business for over 30 years. A graduate of the USC Film School plus a Masters in screenwriting, he's produced and directed dozens documentaries, feature films and commercials. Among his feature credits are such movies as "Arizona Heat," "Tin Man," "Banzai Runner," "Healer" and most recently, "Hamal_18."

Reviews of Making the Tin Man by John Thomas

You have subscribed to alerts for John Thomas.

You have been added to John Thomas's favorite list.

You can also sign-up to receive email notifications whenever John Thomas releases a new book.