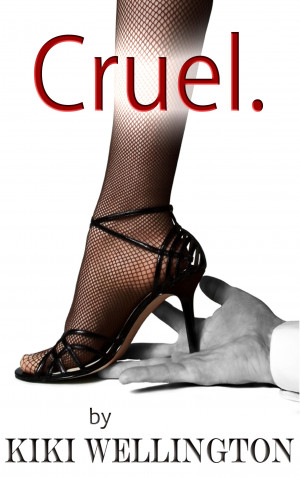 Where does good sex begin?

Between the ears, of course!

That's why I work hard to write erotica that stimulates the largest sex organ we have--the mind--because when we're titillated upstairs, the nether region is sure to follow.

About the Series: The Billionaire Bitch Trilogy

Billionaire oil heiress Elle Anderton is desperate to protect her heart—and her trust fund. Darren Phillips is equally desperate to prove that his love for her is real. When they get into a power struggle for what they really want, they find that desperate times call for desperate measures.

Reviews of Cruel. (The Billionaire Bitch Trilogy #1) by Kiki Wellington

You have subscribed to alerts for Kiki Wellington.

You have been added to Kiki Wellington's favorite list.

You can also sign-up to receive email notifications whenever Kiki Wellington releases a new book.