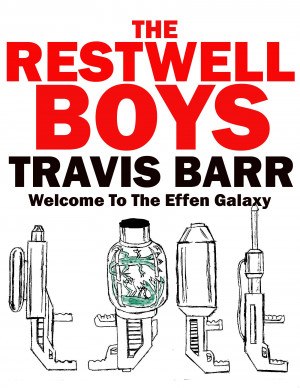 By Travis Barr
Get into some trouble with the alien boys of Restwell Mind And Pest Cleaners in the wacked out Effen Galaxy! But they've just started their Pest control and hypnotherapy business venture--what could possibly go wrong?! Well, EVERYTHING, actually. LOFL! More
Young Alienette, Hesha, is having some frightening nightmares...and some pesky critters are plaguing her quaint, little apartment! So she holo-calls the only biz boys known to solve both problems--The Restwell team! But in helping Hesh with her nightmares, the boys have unwittingly have unwittingly opened up a gigantic can of Effen Galactic corruption and mayhem! Now they must join forces with a hopeful senator to try and expose and bring down the Effen forces of evil!
Download: epub mobi (Kindle) pdf more Online Reader
lrf pdb txt
Price: Free! USD
Add to Library
Create Widget
Tags: sciece fiction sci fi fantasy sci fi action sci fi comedy scifi stories scifi comedy sci fi fiction sci fi novella scifithriller scifi aliens
About Travis Barr

Travis Barr grew up in Southern California and went to CalState University of Long Beach. He graduated with a BA in film then furthered his education with a teaching credential. Travis has always held a fascination with the fantastical and suspenseful in storytelling. With his second novel and first part of The Chosen Trilogy, "The Spider Agenda," he has taken that wonderment to new levels of gripping tension and spellbinding adventure. "Agenda" sets the scene for what is to come in the second installment, "The Wasp Initiative" and is the seeds for which will come to full climactic fruition in the third tale, "The Hornet Operative."

Travis still lives in the California area with his family and good friends, and enjoys the beaches of his youth. His favorite TV programs include "The Walking Dead," "Falling Skies," and "The Strain." His most cherished novels of all time include Peter Straub's classic tale, "Ghost Story," Bill Blatty's "The Exorcist," and Stephen King's "'Salem's Lot."

His favorite film will always be George Lucas' "Star Wars." 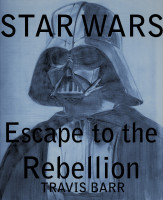 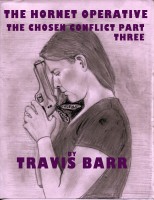 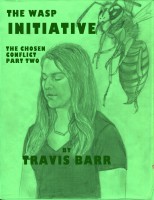 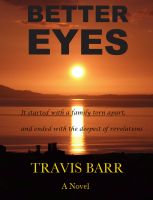 You have subscribed to alerts for Travis Barr.

You have been added to Travis Barr's favorite list.

You can also sign-up to receive email notifications whenever Travis Barr releases a new book.