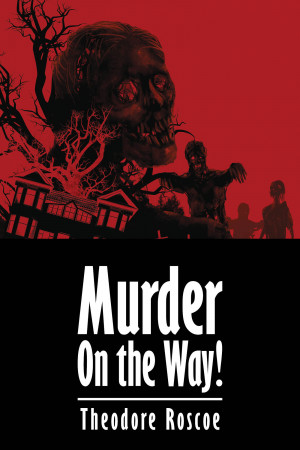 Murder On the Way

An artist and his girlfriend attend her uncle's funeral on the island of Haiti, where they encounter the deep vein of Voodoo superstition. The legend of living souls trapped in dead bodies becomes a frightening reality as they witness a Zombie resurrection. The tale, by the well-traveled pulp fiction author Theodore Roscoe, captured his sense of awe and terror surrounding such a monster in the very place that would have given rise to it. His first-hand experience during his travels in Haiti taught him of such legends and he used them effectively in Murder on the Way!

Theodore Roscoe (1906–1992) wrote for pulp fiction magazines such as Argosy, Wings, Flying Stories, Far East Adventure Stories, Fight Stories, Action Stories and Adventure, while travelling the world.
Following World War II he was commissioned by the United States Naval Institute to write detailed histories about the United States Submarine Operations in World War II (1949), and United States Destroyer Operations in World War II, 1953). The submarine and destroyer works were rewritten for public consumption entitled Pig Boats and Tin Cans. Other books on the history of the US Navy include This Is Your Navy, 1950, and The Trent Affair, November, 1861.
Roscoe became a Scribner’s author under Burroughs Mitchell with novels To Live and Die in Dixie! and Only in New England. The prolific writer was among the first to see declassified documents connected to the Lincoln assassination, resulting in his work The Web of Conspiracy, which became the basis for a television docudrama.

Reviews of Murder On the Way by Theodore Roscoe

You have subscribed to alerts for Theodore Roscoe.

You have been added to Theodore Roscoe's favorite list.

You can also sign-up to receive email notifications whenever Theodore Roscoe releases a new book.