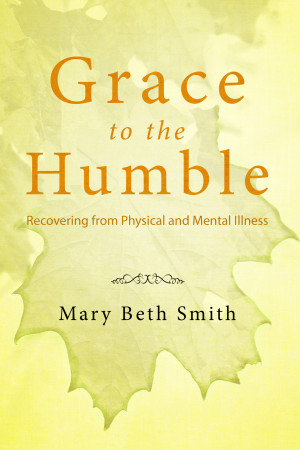 Grace to the Humble: Recovering from Physical and Mental Illness

By Mary Beth Smith
This book began as a description of the author's father who seemed to be a self actualized man. Since he was crippled by polio she thought his growth as a person was remarkable. But he actually became a better man after becoming paralyzed. His transformation is described, as well as Bill Wilson's, Lincoln's and another polio victim, Arnold Beisser, who was completely paralyzed. More
This book is the end result of the author trying to “get a handle on” her father who died when she was thirty-three. Beginning in her mid-forties she attempted to understand him. Endlessly calm and smiling, undisturbed by the yelling of his wife and the small spats of his children, he was like no other father. He was calm, fair and a man of integrity. This was remarkable since he had lost the use of his legs before three of his children were born. Only when she read chapter 11 of Abraham Maslow's Motivation and Personality did she realize that her father was a self-actualized man. Her father achieved psychological health through suffering and becoming humble. Other examples of the phenomenon given in the book are Lincoln, Bill Wilson, founder of A.A., and Arnold Beisser, who was completely paralyzed. Each of these three people dwelt with their tragedies in unique ways which are described here. The only common factor is that their illness humbled them. Humility seems to be required in order for someone to change.

Abraham Maslow described psychological health as a syndrome consisting of several symptoms: their needs having been met, the self-actualized turn to helping others; they accept themselves and others; they are stoic; they act simply and naturally; they have some mission in life which is for the greater good; they are able to tolerate criticism better than others; they have compassion for others; they dislike pretentiousness; they do right and do no wrong; their creativity is more spontaneous than others. Abraham Lincoln was a self-actualized person. The author's father may have been also. Bill Wilson completely turned his life around to help other alcoholics. Without doubt, polio survivor Arnold Beisser was psychologically healthy. He was totally paralyzed yet worked as a psychiatrist using Gestalt therapy. He specialized in treating athletes having difficulties with their sport or mourning because they were forced to retire.

Only when a person becomes humble enough to ask for help and to get it can they recover from a severe setback. For “God is opposed to the proud, but gives grace to the humble.”
Download: epub
Price: Free! USD
Add to Library
Create Widget
Tags: addiction depression lincoln alcoholics anonymous bipolar disorder polio survivor bill wilson recovery tools infantile paralysis arnold beisser
About Mary Beth Smith

Mary Beth Smith graduated from the College of Notre Dame of Maryland in Baltimore, Md. She worked as a computer programmer for 20 years. She enjoys cats, flying, motorcycling and lives in Cocoa, Florida with her husband novelist G. Ernest Smith.

You have subscribed to alerts for Mary Beth Smith.

You have been added to Mary Beth Smith's favorite list.

You can also sign-up to receive email notifications whenever Mary Beth Smith releases a new book.