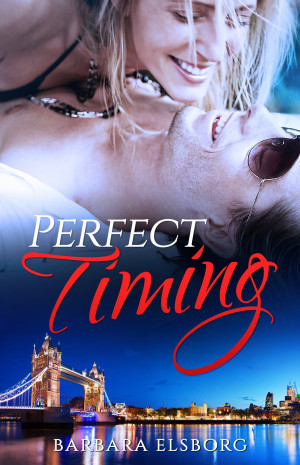 After sexy hotel manager Jake casts Daisy as a nun in the murder mystery, she is ready to scream and call the weekend off. But then Jake shows up dressed as a priest and it seems he can't wait to uncover the red lace beneath the nun costume.

Jake and Daisy don't expect to fall in love but they discover that their weekend of hot sex might be much more than they bargained for.

Barbara Elsborg lives in Kent in the south-east of England. She always wanted to be a spy, but having confessed to everyone without them even resorting to torture, she decided it was not for her. Volcanology scorched her feet. A morbid fear of sharks put paid to marine biology. So instead, she spent several years successfully selling cyanide.
After dragging up two rotten, ungrateful children and frustrating her sexy, devoted, wonderful husband (who can now stop twisting her arm) she finally has time to conduct an affair with an electrifying plugged-in male, her laptop.

You have subscribed to alerts for Barbara Elsborg.

You have been added to Barbara Elsborg's favorite list.

You can also sign-up to receive email notifications whenever Barbara Elsborg releases a new book.