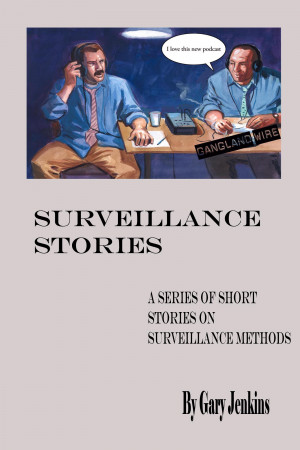 Gary Jenkins served 25 years with the Kansas City Police Department. He was assigned to investigate the Mob for 13 of those 25 years. He attended the University of Missouri at Kansas City School of Law and is a practicing attorney. He produced 4 Documentary films. (1) Negroes to Hire: Slave Life in Antebellum Missouri; (2) Freedom Seekers: Stories From the Western Underground Railroad; (4) Gangland Wire: How the Mob Lost Las Vegas; (4) Brothers against Brothers: The Civella Spero War. He created and maintains a popular smartphone app called, Kansas City Mob Tour. He is a speaker on the subject of the Underground Railroad on the western frontier and the Mafia in Kansas City, Missouri. He has written two Young Adult historical fiction books; (1) John Brown and the Last Train; (2) The Immortal 10. Finally, his most recent book is leaving Vegas: How F.B.I. Wiretaps Ended Mob Domination of Las Vegas Casinos.

In 1976, Gary was assigned to Operation Strawman. He helped the F.B.I. follow Kansas City Mafia members to learn which payphones they were using to call their mob contacts in Las Vegas. You will find an account of his work in the popular book, Casino by Nicholas Pileggi. it was these experiences that he contributes to his most recent book, Leaving Vegas.

You have subscribed to alerts for Gary Jenkins.

You have been added to Gary Jenkins's favorite list.

You can also sign-up to receive email notifications whenever Gary Jenkins releases a new book.