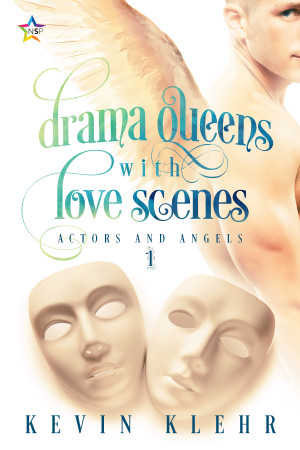 Not only does Allan have to win the heart of his companion, he also has to grapple with the faded memory of how he actually died. More
Close friends Allan and Warwick are dead. They’re not crazy about the idea, so to help them deal with this dilemma are Samantha, a blond bombshell from the 1950s, and Guy, an insecure angel.

Allan also has a secret. He has a romantic crush on his friend, Warwick, but shortly after confiding in his new angel pal, his love interest falls for the cock-sure playwright, Pedro.

Not only does Allan have to win the heart of his companion, he also has to grapple with the faded memory of how he actually died.
Available ebook formats: epub mobi pdf lrf pdb txt html
First 20% Sample: epub mobi (Kindle) lrf more Online Reader
pdb
Price: $0.99 USD
Buy Add to Library Give as a Gift
How gifting works
Create Widget
Tags: romance angels literary gay lgbt fantasy humorous friends to lovers
About Kevin Klehr

Reviews of Drama Queens with Love Scenes by Kevin Klehr

You have subscribed to alerts for Kevin Klehr.