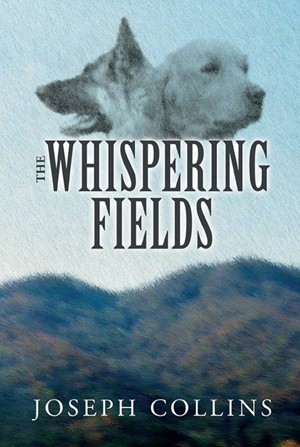 But is their spirit up to the challenges of the wilderness? Or the evil plans of a wicked coyote? Does the haven really even exist? And who will survive the Hollow Hound, a ghostly canine whose chilling appearances forebode of tragic things to come?

From an early age on, Joseph Collins had two main passions in life. One was animals; the other was the arts, especially storytelling. In his childhood he spent much time doodling (often animals) and scribbling "little picture stories."

Becoming serious about writing later in life, he started with short stories and poetry, and, after taking several creative writing courses at NYU and School of Visual Arts, he moved on to bigger challenges, including several screenplays. The Whispering Fields is his first novel.

Although his formal education ended after high school, as an avid reader he continued to educate himself, being interested in a wide range of subjects, notably nature, mythology, philosophy, history, ghosts and hauntings, and, of course, animals and wildlife, and film and literature.

When he can find the time, in addition to writing, he also enjoys sketching, hiking, biking, swimming, and, on occasion, canoeing and hang-gliding. He looks forward to adding scuba-diving and sky-diving to the list. Joseph currently lives in Queens, New York with his cat, Merlin.

Reviews of The Whispering Fields by Joseph Collins

You have subscribed to alerts for Joseph Collins.

You have been added to Joseph Collins's favorite list.

You can also sign-up to receive email notifications whenever Joseph Collins releases a new book.