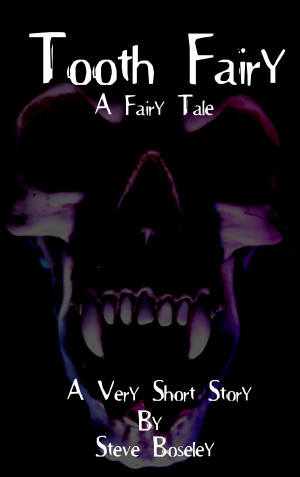 By Steve Boseley
Rated 5.00/5 based on 3 reviews
A very Short horror story revealing the truth behind the myth... More
There have been many legends and fairy tales told to children. Some are works of fertile imaginations. Some have a grain of truth. Some have been forgotten.
Linger for a moment, while I tell you the story of one long forgotten fairy tale. It’s one you all know. At least you think you know. This is the story of the Tooth Fairy.
Download: epub mobi (Kindle) pdf more Online Reader
lrf pdb txt
Price: Free! USD
Add to Library
Create Widget
Tags: lovecraftian weird fiction horror stories horror story disturbing short short scary story scary stories horror shorts lovecraft tale
About Steve Boseley

Steve writes horror and disturbing fiction that has appeared in many online horror publications, as well as in several horror anthologies. He has also had work published by Alfie Dog Fiction. His first novella, Die, Blossom, Bloom, was published in 2016, quickly followed by his first collection of short stories, A Sinister Six.
Steve wants to connect with readers by writing about the ordinary and mundane, but making it extraordinary and fantastic, giving readers a glimpse of what lies just beyond the edges of their realities.

Why do I get the feeling I'll be having that dream again tonight where all my teeth fall out? Thanks, Steve!

Happy I came across this author. My kind of stories that are well thought out and fantastic.

100%. This was creepy. I can picture the "Tooth fairy", nicely done! I love short horror stories like this and you nailed it.

You have subscribed to alerts for Steve Boseley.

You have been added to Steve Boseley's favorite list.

You can also sign-up to receive email notifications whenever Steve Boseley releases a new book.