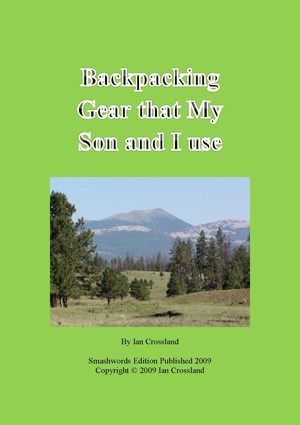 Backpacking Gear that My Son and I Use

By Ian Crossland
This EBook is a reference of what my oldest son and I use. You need to do your own research and find out what works for you. This EBook will give you information on what works for us and you can use it to evaluate what you think might work for you. More
Do you want to get a great read!
You won’t find this kind of information anywhere else!
You can make the choice right now!
However, if you decide “no” I will still be helping out countless others.
Decide right now to buy this EBook!

I, Ian am a Ethical Traveller experiencing life.

Creator in Life
Ian has developed a personal philosophy that creates a center of attention with the inspiration to create.

Journeying
Ian has been in the outdoors since the time he was able to walk. As a youth, Ian’s summers included cycling, hiking, camping, and fishing. Autumn brought hunting, and his winter activities included Cross-country skiing, Downhill Skiing, Ski Mountaineering, Ice fishing, Winter Camping, and Ice Climbing.
Ian during his late youth and early adulthood he has explored the Canadian wilderness in most of the western Parks Canada and provincial parks. Ian has extensive back-country travels in the Sierra Nevada, and Rocky Mountains. As an adult, Ian has explored the wilderness in every National Park, National Monument or Preserve, West of the Mississippi River.

Ian has scheduled ultra-light through hikes of the Superior Hiking Trail, the Appalachian Trail, the Pacific Crest Trail, the Continental Divide Trail, the North Country Trail and culminating in 2011 the East to West and South to North routes of the Trans Canada Trail.

Ian is a resident of the Lone Star State, currently does most of what he does on the trail or in front of a XPS. 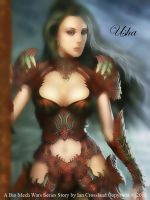 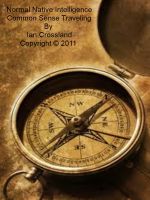 You have subscribed to alerts for Ian Crossland.

You have been added to Ian Crossland's favorite list.

You can also sign-up to receive email notifications whenever Ian Crossland releases a new book.