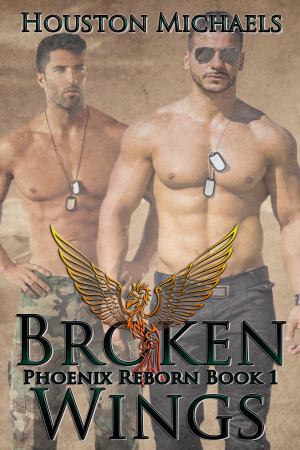 Gabriel returned from war unable to recognize the man he had become. He never imagined Nickolas would be into the lifestyle, so running into him at a BDSM club is a surprise. The patient and caring Dom is exactly what Gabriel needs, but everything he fears. Nickolas' steady domination gives him something he has thought lost long ago - hope. Can a broken submissive, damaged by torture, fly again? More
Proud to have served his country, Gabriel O'Roarke returned from war unable to recognize the man he had become. While war was hell, it was the aftereffects that were slowly eating away at his soul. Returning to civilian life after surviving events that should have killed him, he struggles to adjust and find himself again. Suffering from PTSD, he is without hope, until a chance encounter with one of the men who saved his life changes things.

Houston Michaels is the alternate pen name of Michelle Houston.

Why the different names?

The guys of the Phoenix Reborn support group are anything but. They are tormented by demons in their own minds, driven to push away anyone who loves them. They are dealing with PTSD and in many cases, some form of addiction and/or suicidal thoughts. They are also all in the lifestyle - either Doms, subs, or switches.

As such, a new pen name was needed so that the two distinctly different styles could be separated - because with Houston Michaels you are not getting light-hearted reads.

About the Series: Phoenix Reborn 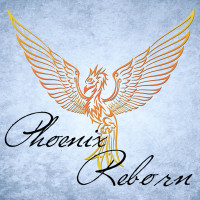 What ties all of the stories together is a PTSD support group for those in the D/s community who are military, police, firefighters, EMTs, etc. As they learn to deal with PTSD and the changes in their lives, they are all different than what their loved ones remember - and coming out the other side, they have all faced some kind of a trial by fire.

Each story will feature a different couple, but they will all be tied together via the support group.

You have subscribed to alerts for Houston Michaels.

You have been added to Houston Michaels's favorite list.

You can also sign-up to receive email notifications whenever Houston Michaels releases a new book.