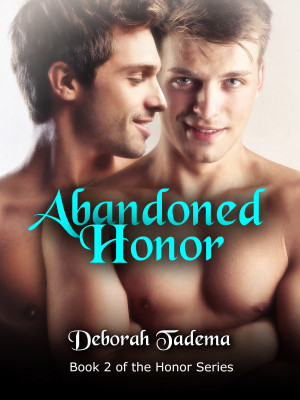 As Mitch Wilder's secrets begin to unravel, his depression becomes worse. He not only juggles his multitude of women, he keeps his three kids from meeting each other. Darren Hoffman is in Port Shetland tearing up the country roads with his drag racing. Mark Wilder has secrets of his own and fears what his father will do if he finds out that he's gay. More
Suffering from hopelessness is hard enough for Mitch Wilder to contend with. Remembering to take his medication is a chore. Keeping on top of his secrets and lies is nearly impossible since he's been diagnosed with manic depression. And living three different lives is starting to crash down upon him.

Mark Wilder is Mitch's only legitimate son. After his mother's second husband dies, Mark begins to hope that his parents will re-unite. If they do, then maybe his father will stick around more. But the only re-uniting they are doing is in the bedroom. Neither one seems to want anything more than that.
Mark worries about what his parents will do when they discover his own secret. That him dating Naomi Palmer is a ruse. And that all he wants to do is run around naked...with her brother.

Deborah Tadema received a diploma in “Short Story and Fiction Writing.” Following this, she completed three levels of a creative writing course. She currently belongs to a writing group and has her work critiqued on a regular basis. Deborah has worked with an editor over the past year to craft and polish the “Honor” series and the "Sievers" series.
Deborah spent her childhood in a small town and currently lives in a rural community She’s well acquainted with small town politics, which form a foundation for her writing.
The Sievers Series is a Historical Fiction that takes the Sievers family from taming Upper Canada, through the War of 1812 and the aftermath of the war.

About the Series: Honor Series

Even though he is desperately in love with Claire Lester, Mitch Wilder can't remain true to her. He doesn't know why. There is the 'itch' to have sex every other day that he can't control except to give in to it. With each book, he gets worse until an outsider investigates Mitch's actions. They arrest Mitch for rape and send him to prison. With his medication, he can control his itch. But when the warden messes with his prescription, he returns to his old habits. Will he end up with Claire after all of that? Find out in the Honor Series. 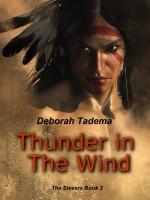 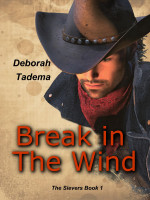 You have subscribed to Smashwords Alerts new release notifications for Deborah Tadema.

You have been added to Deborah Tadema's favorite list.

You can also sign-up to receive email notifications whenever Deborah Tadema releases a new book.