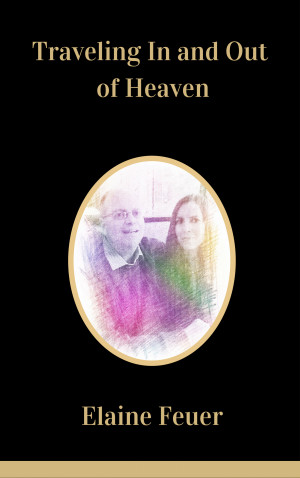 Traveling In and Out of Heaven

Peter Davis Review: This exceptional book is much more than a touching story of a sister’s love for her dying brother; it also describes the dramatic and tragic family dynamics that took place behind the back of the dying brother.  There is a brutal sub-plot revealing the tragedy of his only daughter and ex-wife reaching for his estate before he dies, and even planning to hasten his death. This is a gripping story with the reader feeling like they are on a dramatic rollercoaster ride.  Although the story is intense, it is laced with delightful humor to give the reader a chance to catch their breath.  This book is also a subtle but scathing criticism of the American health care system, that leaves the reader wondering how much control they have over their own health, and ultimately, over their own death, if they are in a similar position as the author and her brother. I highly recommend this book to anyone who has a family. You are in for the ride of your life!
Available ebook formats: epub mobi pdf lrf pdb txt html
First 15% Sample: mobi (Kindle) lrf pdb Online Reader
Price: $9.99 USD
Buy Add to Library Give as a Gift
How gifting works
Create Widget
Tags: cancer life support life insurance icu esophageal cancer sibling love legal petition medical proxy nextofkin respirator
About Elaine

Elaine Feuer is the CEO of Blue Danube Publishing. Her new book, Chaya's Angels, A Spiritual Journey with Down Syndrome, is an heart-rending memoir: When Chaya Ben Baruch gave birth to her sixth child, a son with Down syndrome, she led her family on a spiritual journey, moving from Alaska to Israel, and adopting more children with special needs, on the way. Whether she’s watching her son with Downs marry her adopted daughter with Downs, or fighting for the rights of all special needs children, life is never dull. Chaya even managed to find time to donate a kidney, leaving everyone to wonder, “What’s next?” Ghandi wrote: “A nation’s greatness is measured by how it treats its weakest.” Join Chaya and her family on their enchanting odyssey. The world needs this poignant story, more than ever!

Her new memoir, Traveling In and Out of Heaven, is the story of her brother, Allan Feuer’s, five-month battle against esophageal cancer, and his daughter’s treacherous betrayal.

She is the author of To Gently Leave This Life: The Right To Die, which explores the right-to-die movement and the human tragedies, such as Karen Quinlan’s difficult death, that precipitated assisted dying legislation in several states in the U.S., and in several countries in Europe, Canada, and South Africa. Patients living in these states and countries have the option of choosing assisted death if their suffering becomes unbearable.

Elaine also wrote the critically acclaimed exposé, Innocent Casualties: The FDA’s War Against Humanity – which is now available in its fourth edition as an eBook: Irene Alleger, editor for Townsend Letter for Doctors & Patients wrote: “Innocent Casualties manages to make the blood boil in righteous anger, because it makes the FDA’s abuse of power so personal… Ms. Feuer takes the reader step-by-step through the nonsensical tactics, deceit, and police mentality.”

Blue Danube recently published an enthralling new memoir, The Last Waltz: Love, Death & Betrayal by Professor Sean Davison. In 2006, Sean cared for his terminally ill mother, Pat Ferguson (a psychiatrist), during the final three months of her life. The Last Waltz is a true story about the extraordinary love between a mother and son, and how their informed decisions lead to unforeseen consequences: A sister betrays her brother; a son is charged with murder; Archbishop Desmond Tutu requests bail, igniting a public debate about voluntary euthanasia and the right-to- die in South Africa, New Zealand, and in countries across the globe.

Elaine has worked in the medical division of Little, Brown & Company and freelanced as a research and development coordinator for a variety of film and television projects, including the critically acclaimed films, Imagine: John Lennon; 25 x 5: The Continuing Adventure of the Rolling Stones; Elvis: The Great Performances; Learned Pigs & Fireproof Women. Elaine obtained history and criminology degrees – “Graduating With Distinction” – from the University of Toronto; received “Academic Excellence in Editing” from the University of Massachusetts, Boston; and was an “Ontario Scholar.”

Traveling In and Out of Heaven
This is the story of my brother’s five-month battle against esophageal cancer, encompassing: the profound love between a brother and sister as they struggle with the torment of an unbearable illness; the love and support of family and friends; and the treacherous betrayal of a daughter, who attempted to hasten her father's death for his life insurance, and then she did the unthinkable.

Reviews of Traveling In and Out of Heaven by Elaine

You have subscribed to alerts for Elaine.

You can also sign-up to receive email notifications whenever Elaine releases a new book.