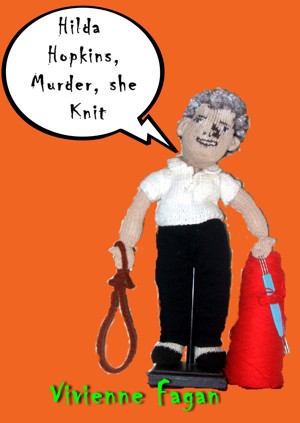 Vivienne Fagan lives in London and is a retired Civil Servant and former serving member of the Intelligence Corps. She is an award winning machine knitter and mother of three who knows just how to do away with Hilda's next victims! 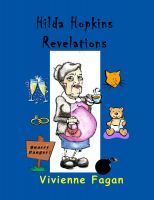 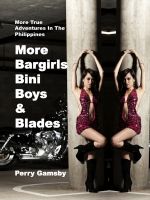 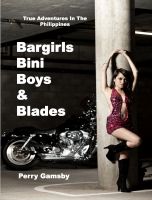 Reviews of Hilda Hopkins, Murder, She Knit #1 by Vivienne Fagan

Hilda is a wretch -- love her. Just purchased the second book.

I knew when I read the title that I'd like this book, if the author could write. And I'm glad to report that Ms. Fagan can indeed spin a good yarn.

Hilda Hopkins is a wonderfully eccentric character. She's a dowdy old woman and she knows it. She's often ignored, and feeling slighted she creates this persona in her own mind that she is simply better than everyone else: smarter, more clever, resourceful. When she rents her spare room to a gentleman border and he dies of natural causes in his bed, she sees it as an opportunity. She rifles through his wallet, finds his pin numbers to his credit cards and instantly has extra cash flow.
She buries her border in her coal shed and soon after rents the room to another elderly man. When he doesn't die according to her timetable, she knits a garroute and slips him some Valerian to knock him out. Then she throttles the life out of him and drags his corpse out to be buried. She continues on her murder spree, killing six gentlemen and after each death she knits their effigy and places these about her house.

But she is discovered. The police question her, in her home, as they search and find clues to the missing men. Meanwhile, Hilda slips into the bathroom and out the window.

What happens next is a run from the police, and she's very successful at it. But her passion for knitting is her downfall, literally, as her crime spree unravels.

This short novel was an exceptionally fun read. Ms. Fagan creates characters that are quirky and memorable. The book probably is not for everyone, but if you like a quick mystery this is definitely worth your time.

You have subscribed to Smashwords Alerts new release notifications for Vivienne Fagan.

You have been added to Vivienne Fagan's favorite list.

You can also sign-up to receive email notifications whenever Vivienne Fagan releases a new book.