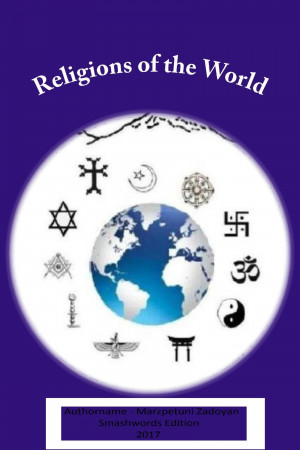 The Religions of the World


Was born on September 29, 1959 in Gyumri, Armenia, then called Leninakan when Armenia was part of the soviet union. From 1966- 76 he was attended M. Mashdots secondary school, then which immediately after he was started working at the Analytical Factory as a turner/ machinist. From 1977-78 attended and graduated from the Technical College of Gyumri. Then from 1978- 80 he was served in the Soviet army, specifically dealing with missiles.
After his service was done, in 1981, he was worked as a hydro- mechanic up until 1982. After which he got accepted into the Yerevan Poly-Technical Institute /State Engineering University/, where he was graduated in 1987 as a technical mechanic with high colors. Soon after he was started working as the economical planner for the Gyumri Machinery Factory. During this time, he was also an economy major at the government ran university in Gyumri, which he later graduated in 1989 with high colors. In 1987 he was invited as a state official representative engineer by the Department of Regulations to work for the Micro- Motor factory as a quality inspector. The Department of Regulations was a branch of the larger Department of State Official Standards. In 1991 after the collapse of the soviet union, the Department of Regulations was no longer in existence. Thereafter, he became the supervisor/ constructer of the factory until 2000, no longer working for the Department of Regulations. In 2000 he established the Engineers Association, and was elected the president of the association. He have also headed projects which were aimed to develop the community. He also have experience in law, management, marketing and leadership.
Married and have two children.

You can also sign-up to receive email notifications whenever Marzpetuni Zadoyan releases a new book.