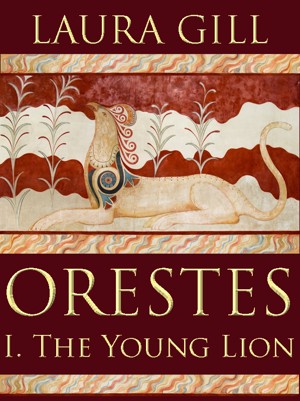 Laura Gill has a passion for Minoan and Mycenaean culture. She has a Master's Degree in English Literature, and enjoys painting, gardening, cooking, and jewelry making in addition to writing. She has worked as a secondary school teacher and florist, and lives with her cats in Southern California. 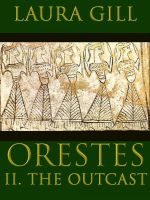 Note: In the interest of full disclosure, I received a free copy of The Young Lion in return for an honest review.

The story of Orestes is a well-known classical myth in the Atreid cycle so I'm not too concerned about spoilers. Still, just in case... The young Mycenaen prince Orestes endures a particularly horrific family trauma, escapes into exile, grows up, and returns home to...

What earned stars? The author is obviously passionate about Greek history and knows a lot of cultural detail, which she uses liberally and competently to flesh out the bare bones of the classical history. As someone who has been to Mycenae, I enjoyed her use of the setting to describe daily life in the palace and the city. Clytemnestra and Elektra, as seen through the narrator's (Oreste's) eyes, are fully developed characters and their motivation is comprehensible, even worthy of some empathy.

What didn't earn stars? Orestes gives us a lot of factual details about his activities, but only the shallowest of introspection. Admittedly, when he starts his narration he is only a child, but his character never seems to grow in complexity or insight. He wasn't just unlikeable, he was boring.

Which brings me to my biggest problem with the book: it doesn't end. It builds and builds all too slowly to a climax that never occurs. For this reason I debated a two-star rating which, frankly, might have been all it earned if I had paid for the book. Only the quality of the detail and the writing kept it at three.

I suppose it is a matter of opinion that a book should actually have a climax and a satisfying ending. I don't object to cliffhangers that encourage a reader to continue the next book in a series, but I find it bothersome not to have been rewarded with something after all that detailed build-up. Certainly the story justifies multiple volumes, but why not give a climax and then in the next one use it as a traumatic memory with some fresh insights? As it is, I wasn't intrigued enough to move on to the next book.

You have subscribed to alerts for Laura Gill.

You have been added to Laura Gill's favorite list.

You can also sign-up to receive email notifications whenever Laura Gill releases a new book.