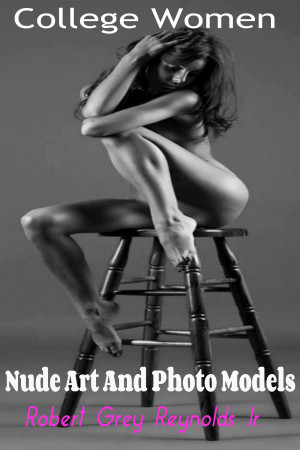 By Robert Grey Reynolds, Jr
Female students modeling in the nude has caused controversy at many colleges. My e-book profiles a number of scenarios in which the student models were dismissed, restricted or sanctioned. In 1967 a University of Florida student, Pamela Brewer, was placed on probation for posing nude for an off campus magazine. When she was reinstated a second nude photo surfaced from the same set of photos. More
College women posing nude was a controversial topic for many years. At the University of Wisconsin-Madison, in 1937, a coed was dismissed for posing for a drawing class. The college traditionally obtained their models from professionals in Chicago and Milwaukee. The young woman in question was both a professional model and music student at the university. An out of state student from New York she had her professional modeling license. When it was discovered that she also studied at UW, university officials made her stop. The resulting furor made national headlines. The student/model eventually found work as a waitress to pay for her college studies.
Available ebook formats: epub mobi pdf lrf pdb txt html
First 5% Sample: epub mobi (Kindle) lrf more Online Reader
pdb
Price: $2.99 USD
Buy Add to Library Give as a Gift
How gifting works
Create Widget
Tags: wisconsin nude drawings nude art stanford univ art model florida gators nude photos nude models nude art model topless dancer
About Robert Grey Reynolds, Jr