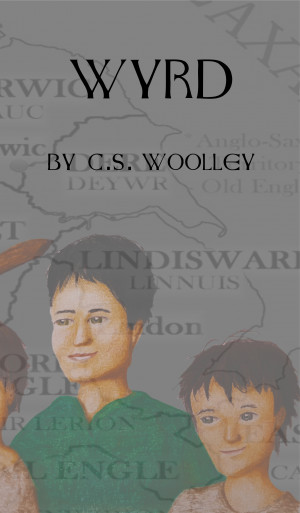 Life in Anglo-Saxon England is far from fair, but times are changing in Snotingas. As King Penda breaks away from Nordhymbria, six young boys see a chance to change their lives for the better. Wayland, Halsey and Channing are all slaves. Ransom, Seward and Tostig are all from the ceorl class of servants. Each boy dreams of being a warrior and now they finally have a chance.

War with Nordhymbria means that not only can the lives of slaves and servants change, but the lives of the children of kings and thanes. Kipp, Morven and Nyle are all warriors and sons of some of the most powerful families in Nordhymbria, but none of that means anything now that they are prisoners of Snot. However, the three boys have no plans to sit by and wait for the war to end. Instead, they are determined to cause as many problems as they can for their captors, but the sons of Nordhymbria still have to contend with the daughters of Snotingas.

Will the sons of Nordhymbria escape and return to their homes? Will Wayland, Halsey, Channing, Ransom, Seward and Tostig achieve their dreams of becoming warriors?

Step back in time to the age of King Penda, when the kingdom of Mercia was born.

Buy WYRD today and discover history like never before.

First 20% Sample: epub mobi (Kindle) lrf more Online Reader
pdb
Price: $2.99
$1.20 USD
Buy with coupon Use the code AGB60 at checkout for 60% off during our site-wide promotion!
(Offer good through May 31, 2020 )
Have a better coupon?
Add to cart, then apply your coupon
Add to Library Give as a Gift
How gifting works
Create Widget
Tags: childrens book war nottingham british history anglo saxon northumbria mercia primary school
About C.S. Woolley

About the Series: The Children of Snotingas 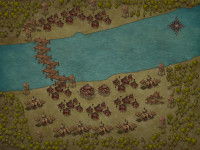 Step back in time to the age of King Penda, when the kingdom of Mercia was born.

Life in Anglo-Saxon England is far from fair. There are strict classes that all people fall into. At the top there are the kings, then the thanes. After the thanes come the warriors, then the ceorls, and at the very bottom are the slaves. Women are not equal to men; and then there are the prisoners.

Also in Series: The Children of Snotingas

You have subscribed to alerts for C.S. Woolley.