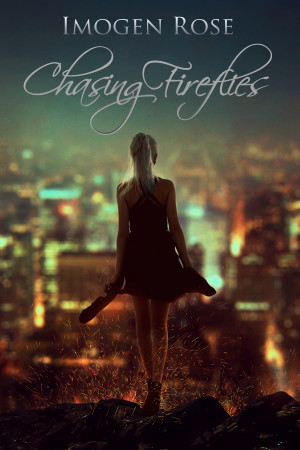 As a fan of slice of life/coming-of-age/adventure books (ie. Catcher in the Rye), and movies like Paper Towns, Edge of Seventeen, or any 80s John Cusack/teen flick really, I loved Chasing Fireflies. -- Joe Vercillo

On the surface this is a fun story about teenage hijinks, but lurking in the background is a consideration of some of life's big questions... While an obvious fit for the young adult reader, it's a story that will appeal to an older crowd, too. Even grandfathers like me. -- Books & Pals

Chasing Fireflies will keep you entertained from start to finish. Imogen Rose handles a tough subject with humor and care. -- Allirea's Realm

Chasing Fireflies is a captivating glimpse into the life of a teen on the verge of adulthood. I thoroughly enjoyed every moment! -- Vickie Boehnlein

Imogen Rose is the author of the bestselling YA series, the Portal Chronicles. She was born in a small town in Sweden and moved to London in her twenties. After obtaining a PhD in immunology from Imperial College, she moved with her family to New Jersey, where she’s been based for the past ten years.

For as long as she can remember, Imogen has dreamt stories. Stories that continued from night to night, from dream to dream. So, even as a child, going to bed was never an issue, just an anticipation of the story to come.

PORTAL, Imogen’s first novel, would have remained in her imagination, to be shared only with her daughter, Lauren, had her eight-year-old not insisted that she write it down. In the course of a month, Imogen typed while Lauren waited eagerly by the printer for the pages to appear, and a novel took shape.

The warm reception PORTAL received encouraged her to continue with the story and the Portal Chronicles. FAUSTINE is Imogen’s first book in her new series, the Bonfire Chronicles.

Imogen is a self-confessed Hermès addict who enjoys shopping, traveling, watching movies and playing with her dog, Tallulah.

You have subscribed to alerts for Imogen Rose.

You have been added to Imogen Rose's favorite list.

You can also sign-up to receive email notifications whenever Imogen Rose releases a new book.