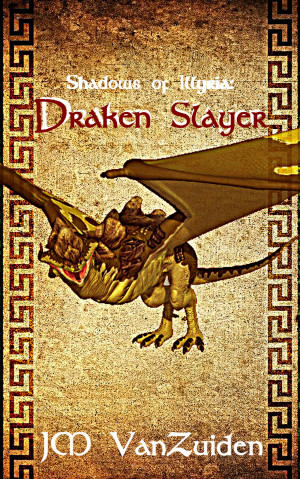 JM VanZuiden was born and raised in northern Illinois in a small town on the Mississippi River. After two years attending a local community college, JM joined the US Army at age 21. After being stationed at Fort Hood, Texas for three years, he was deployed with the US Army’s 1st Cavalry Division to Iraq in 2004 for Operation Iraqi Freedom. His experiences as a combat soldier have greatly impacted not only his writing style, but his world view.

JM now resides in Springfield Illinois with his amazing wife of seventeen years and four children. He now works as a Veterans Service Officer, helping his fellow Veterans, and enjoys expressing himself through his writings, primarily horror and fantasy short stories.

Reviews of Shadows of Illyria: Draken Slayer by JM VanZuiden

You have subscribed to Smashwords Alerts new release notifications for JM VanZuiden.

You have been added to JM VanZuiden's favorite list.

You can also sign-up to receive email notifications whenever JM VanZuiden releases a new book.