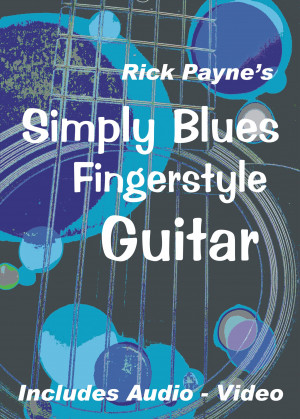 By Rick Payne
Play some great fingerstyle blues guitar arranged or composed by master player Rick Payne. More
Fingerstyle guitar is one of the most popular and satisfying ways of playing. Use the thumb and fingers to open up the range of sounds that the guitar can produce, and you're really flying. This is especially so when playing the blues. You can have a neat bass line while still picking away on a melody in the many different blues styles out there. I've been playing this style for many years and it is certainly one of my favourite ways of either arranging or performing. In this collection, I've put together a few of the blues tunes that I've arranged or written. They're all open to improvisation and you should experiment with the styles.
All the 18 tunes are supported by audio and some video when available. So, put on your blues shoes and let's get picking. Enjoy!

Rick Payne is an established acoustic blues guitarist with many national and international tours to his credit. He has become especially well known for his authentic acoustic blues finger picking, in the many traditional styles of the blues including delta blues, piedmont, ragtime and slide and has recorded several albums of this kind.

Often compared with Ry Cooder, slide guitar maestro Rick Payne’s performances have taken him to prime time TV, to festivals and theatres throughout the UK and on tour to Europe, USA, Scandinavia and Greek Islands. He has provided music to a number of major TV productions, for programmes on Radio 4 and the BBC World Service. He has also featured on The Paul Jones and Mike Harding's show on BBC Radio 2.

Reviewers have described his sound as: heart wrenching and passionate, delicate and scorching, seriously brilliant, totally absorbing and spellbindingly evocative with raw and fiery vocals to match.

As a teacher he has written and facilitated many courses and guitar workshop style sessions, teaching the art of Big Bill Broonzy, Robert Johnson, Blind Blake, Rev Garry Davis, Django, Ry Cooder and many more. 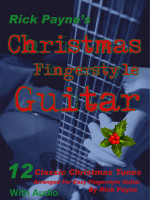 You have subscribed to alerts for Rick Payne.

You have been added to Rick Payne's favorite list.

You can also sign-up to receive email notifications whenever Rick Payne releases a new book.