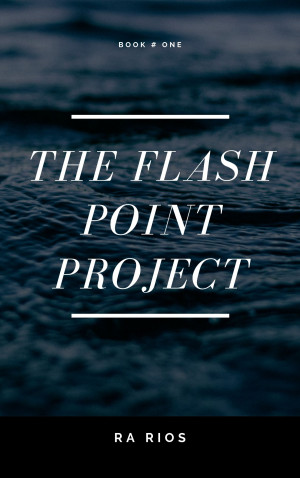 By R. A. Rios
Futuristic profile of what the near future holds. Is it a Government cover up or a natural disaster? As the last man alive, Tom Must survive at all cost. What he stumbles upon will have you reeling in your seats. So follow along in this first of the series! More
2019 Re-release

The world has changed by the twenty second century, but not all is what we would have dreamt it could be. Mankind has made great strides in the way of technical progress, but has mankind gone too far, to what extent will mankind go to extend his life? Follow Tom as he survives a disaster of epic proportions that changes the world and his life forever! Dramatically affected by this cataclysmic disaster, Tom suffers from horrific nightmares. In his fight to survive Tom soon stumbles upon something amazing, a 200 level underground City. Follow Tom and his discovery of these mind-altering testing labs that continue to stretch the limits of our imagination! As they afford him the opportunity to travel on epic adventures. But this place is not all one would have hoped it would be as it holds a deep dark secret. All is well until you discover the malign reason for, “THE FLASH POINT PROJECT!”

R. A. Rios was born in the state of Colorado. His ancestral roots vary from Spain and France to Early America. R. A. Rios grew up in and around Colorado and California from the hustle of the big city in Denver to the farming community in Pueblo then to various cities in and around California.

A prolific story teller from early on, his characters have blossomed as they now leap off the pages through written words.
While testing the waters of different trades his zeal has always been and always will be the characters in his dreams.

Through his travels from The Bronx of New York City to Colorado then to the West Coast and the experience's he encountered only adds to the enjoyment to his stories.

Growing up across America Robert was strongly influenced as a story teller by what he saw and experienced. He often has made up elaborate stories and characters from life's experience's.

As a boy he was moved around a lot from the City life in New York City to living on the farms in Colorado.
All this helped him to develop his ability as a story teller.

After a near death experience in 2010 Robert started to write down some of his stories.

It has been said regarding his work, that his style is unique but then again we are all unique in our own way.

Learn more about R. A. Rios 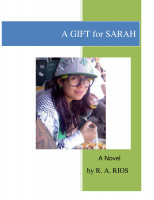 You have subscribed to alerts for R. A. Rios.

You have been added to R. A. Rios's favorite list.

You can also sign-up to receive email notifications whenever R. A. Rios releases a new book.