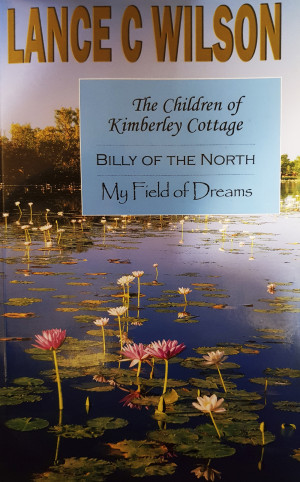 The Children of Kimberley Cottage

By Lance C Wilson
The sequel to the Australian epic, Tears over the Kimberleys. More
All three stories follow the lives of the family and some of the characters whose lives blended into the family of Sky, Prudence and AJ; three outstanding Australians who shared an unusual relationship and built a successful cattle empire.

Lance is an award winning Australian writer , writing about the stories he had heard over his many years in outback Australia. Now retired he lives quietly on a farm in Tasmania finishing many of the stories he started over the years. Lance has a large following both in Australia and overseas. Both Lance and his wife of fifty years have developed an affinity with the Northern Aboriginals of Arnhem Land and Western Australia and opened a tourist camp at Cape Barrow in the Gulf Country for the first time ever in this most remote part of Australia in 2014.

You have subscribed to alerts for Lance C Wilson.

You have been added to Lance C Wilson's favorite list.

You can also sign-up to receive email notifications whenever Lance C Wilson releases a new book.