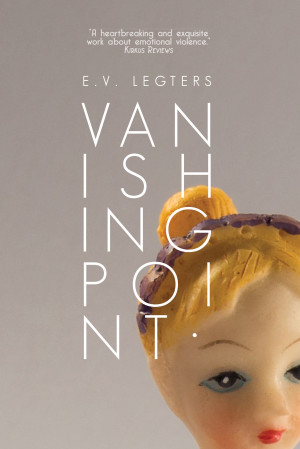 E.V. comes from the far western reaches of New York State. After working in advertising, traveling widely, and raising three children, she earned her MFA at The Vermont College of Fine Arts. She lives in Connecticut and teaches writing and literature at local colleges and writing studios. Her stories have appeared in literary journals including Glimmer Train, Alaska Quarterly Review, and StoryQuarterly. Her debut novel, Connected Underneath, was published in the Spring of 2016, and The Vanishing Point is due to be released in May, 2017. She is at work on a short story collection and her third novel.

You have subscribed to alerts for E.V. Legters.

You have been added to E.V. Legters's favorite list.

You can also sign-up to receive email notifications whenever E.V. Legters releases a new book.