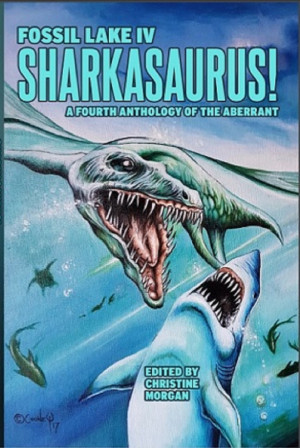 A fourth anthology of the aberrant, packed with toothy chompy monsters! More
It's never been safe to go back in the water.

From the darkest depths of the deepest oceans ... from the planet's most primeval and primordial past ... throughout all of history and around the world ...

Christine Morgan divides her writing time among many genres, from horror to historical, from superheroes to smut, anything in between and combinations thereof. She's a future crazy-cat-lady and a longtime gamer, who enjoys British television, cheesy action/disaster movies, cooking and crafts.

Her short stories have appeared in dozens of anthologies. Her most recent books include The Raven's Table (a collection of bloodthirsty Viking tales), White Death (historical horror set in pioneer times), and Spermjackers from Hell (extreme horror/comedy).

Upcoming projects include: Lakehouse Infernal (a sequel, with permission, to Edward Lee's Lucifer's Lottery) and Dawn of the Living-Impaired and Other Messed-Up Zombie Stories (a collection).

She also edits the Fossil Lake anthologies, is a regular contributor to The Horror Fiction Review, and recently relocated to Portland where she's delighted to be involved with the horror and bizarro writer scene. 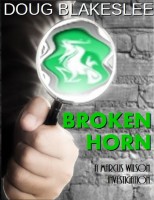 You have subscribed to alerts for Christine Morgan.

You have been added to Christine Morgan's favorite list.

You can also sign-up to receive email notifications whenever Christine Morgan releases a new book.