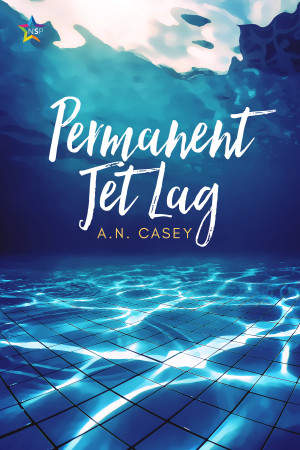 By A.N. Casey
Lucas knows that if he wants to survive the summer, he’ll have to learn to be a friend again, but it doesn’t come easy, and it might already be too late. More
Nineteen-year-old Lucas Burke prefers being alone. He likes the silence, and he loves not having to care about anyone else’s problems: the less he’s forced to feel, the better. But after a year of college-induced isolation from everyone he used to know, the wedding of a former classmate sends Lucas back home, and that means reconciling with a group of friends that now might as well be strangers.

His sister hardly knows him, his “genius” best friend is nothing more than an addict, and his ex-boyfriend is still in a coma. All the while, wedding preparations send Lucas head first into a relationship with the groom’s best man—a recently cancer-free ex-Olympian who can’t stop talking.

Lucas knows that if he wants to survive the summer, he’ll have to learn to be a friend again, but it doesn’t come easy, and it might already be too late.
Available ebook formats: epub mobi pdf lrf pdb txt html
First 20% Sample: epub mobi (Kindle) lrf more Online Reader
pdb
Price: $6.49 USD
Buy Add to Library Give as a Gift
How gifting works
Create Widget
Tags: coming of age gay lgbt family contemporary tearjerker
About A.N. Casey

A.N. Casey is a Californian born and bred writer with very few interests beyond the literary. As a former copywriter and a current freelance writer and editor, Casey was asked what he likes to do outside of writing for work and responded only with: “write more”—much to the disappointment of his colleagues who had hoped he might be more interesting. His few attempts to leave his computer or notebooks behind have led to an interest in camping, traveling, and very bad attempts at cooking. He is currently studying to become a teacher where he hopes his fondness for the red pen will not make him too many enemies. Above all, Casey believes that storytelling has the power to shape lives, and that young people deserve to see themselves represented on the page in every shape and form until no one is left feeling alone in this wide and confusing world.

You have subscribed to Smashwords Alerts new release notifications for A.N. Casey.

You have been added to A.N. Casey's favorite list.

You can also sign-up to receive email notifications whenever A.N. Casey releases a new book.