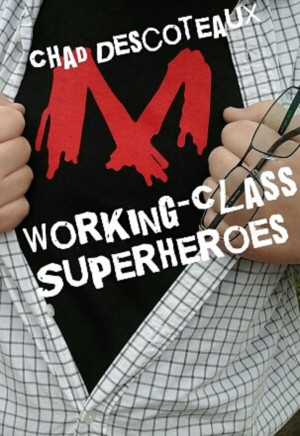 Follow Speed Chicken and Cambio as they pursue the answers to these questions, putting them in cahoots with a powerless wannabe superhero named Wombat, and realize that the fate of an entire planet weighs in the balance. A comedic sci-fi adventure and the author's personal love letter to the superhero genre as a whole.

I am a self-published, mildly autistic science fiction author who combines quirky sci-fi elements with issues that we can all relate to. Check out my official website www.turtlerocketbooks.com

About the Series: Working-Class Superheroes

A group of superheroes balance their life-saving, world -rescuing duties with the more mundane aspects of their lives in Hammer City.

You have subscribed to alerts for Chad Descoteaux.

You have been added to Chad Descoteaux's favorite list.

You can also sign-up to receive email notifications whenever Chad Descoteaux releases a new book.