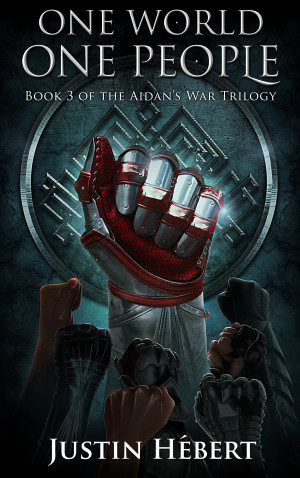 One World One People

As the stakes continue to rise and the objectives continue to shift, Aidan and his friends must rely on each other like never before as they attempt to break the power of the Wizards Guild and liberate their world. Can the rebels unify during their planet's darkest hour, or will they finally be crushed beneath new threats and old power?

I'm a Science Fiction/Fantasy author from Central California. I tend to write stories that fuse the two genres, and my priimary influences in that regard are Frank Herbert, Ursula LeGuin, and Kurt Vonnegut. My first novel, "A Test of Honor," is a fusion of Fantasy and Science fiction and is set on a world far in the future that resembles the past. It is the first book in a trilogy called "Aidan's War," and its sequel, "The People's Champion," will be released on September 17, 2016.

Check out my website, http://Justin-Hebert.com to read what I think about geek culture, science, gaming, and some cool stuff happening in popular art like television and comic books!

You have subscribed to alerts for Justin Hebert.

You have been added to Justin Hebert's favorite list.

You can also sign-up to receive email notifications whenever Justin Hebert releases a new book.