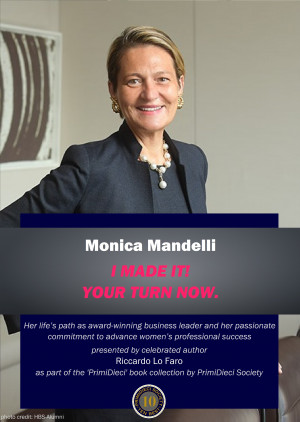 Monica Mandelli: I Made It! Your Turn Now.

Born in Rome and having studied at both Italian and American universities, Riccardo Lo Faro is a biographer and ghost-writer based in the US, with clients in the US, Europe and other countries.

His previous work experiences have brought him to Australia, with Sea World Australia; South Africa, with Ladbroke PLC - Hilton Hotels International; Italy, with Veio Country Club of Roma and with Hotel Mirage in Cortina d'Ampezzo.

He was the New York correspondent for the international culture magazine ‘NewYorkCityVenezia' (currently Atlantis), published in the US (New York) and in Italy, as well as distributed on Delta Airlines flights (NYC-Venice-NYC). Since 2004 he has been the editor-in-chief of “Convivial Spirit', in New York, the official publication of the New York Delegation of Accademia Italiana della Cucina – an Italian government's cultural institution with delegations in all of Italy’s regions and all major foreign cities.

As a writer and journalist, he is member of the United States Department of State's F. Press Center, also member of the Los Angeles Press Club, and member of the Italian Association of Journalists. He is the author of books, memorials, articles and other editorial and web contents, working mostly anonymously in the employ of private clients and companies, while maintaining various collaborations with journalistic and cultural titles.
For his role in fields such as information and communication, Riccardo collaborated over the years with the US headquarter of the Italian State Police Organization (ANPS, New York & New Jersey), and was honored at the United Nations with the ANPS International Award for professional merits.

Based on assignments as a ghost writer, he has also published several books anonymously (biographies, memoires, fantasy stories, and more) in the employ of private clients and companies: Italian, Italian-American, and Italian-Australian personalities as well as US and Italian governments' institutions. These include the NYPD; Italian government institutions, including ICE, Bank of Italy, the Chamber of Commerce, ANPS. Assignments that have also included clients at the United Nation's Permanent Observer of the Holy See, the Accademia Italiana della Cucina, the Fashion Institute of Technology (FIT) of NY.

Riccardo is father to three children. He splits his life between New York, Los Angeles and Italy where he works as biographer, ghostwriter and journalist, also in charge of the WLPO-The World Leading Personalities Organization, a charitable nonprofit organization home of the PrimiDieci Awards.

You have subscribed to alerts for Riccardo Lo Faro.

You have been added to Riccardo Lo Faro's favorite list.

You can also sign-up to receive email notifications whenever Riccardo Lo Faro releases a new book.