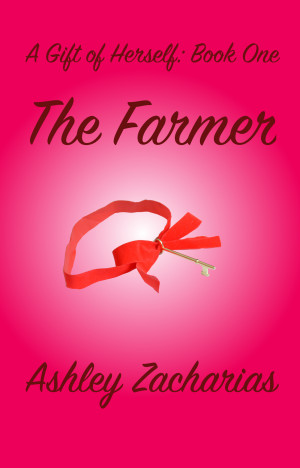 About the Series: A Gift of Herself

A young woman decides to make herself a sexual slave for the summer. She writes a contract that gives consent to be used for any sexual purposes as long as she is not injured, then chains herself to a tree and waits to be claimed by her first owner.

Also in Series: A Gift of Herself

As is her wont, Ashley Zacharious tries very hard to make the actual mechanics of the slavery and story events work in a logical an clear fashion. Our heroine isn't some broken thing that enjoys pain and degradation, as we first suspect, but rather is a dedicated woman on a mission. I'd love to see more of this character in sequels.

The only downside to the series, in my mind, was the wanton cruelty exhibited in the book on the accountant. Zacharious puts her heroine through trying times indeed in that book, and I found it more grim than I would prefer. If not for that, this would be a five-star review.

A good story with an interesting premise: for reasons not disclosed at first a young, very attractive woman ties herself to a tree in front of the home of a farmer who actually makes his living in tech as a programmer. She succeeds in getting his attention -- as well as that of others.

Full disclosure: this is the second book I tried to read from this author. I made it through 52% of this one. This is just my opinion and not a judgement on the acts described within the book. If others like it, totally cool, I'm not a fan.

Perhaps another individual will get this type of play and enjoy this book, I did not. Sorry.