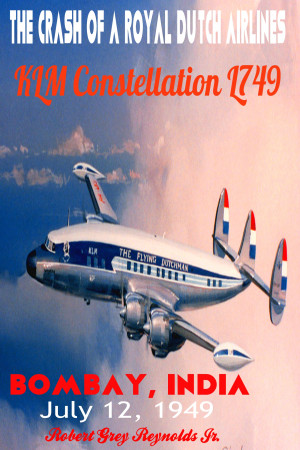 By Robert Grey Reynolds, Jr
The KLM Constellation was a piston engine, propeller plane built by Lockheed from 1943-1958. The day of the Bombay crash, July 12, 1949, journalists on board were returning from an extended tour of Indonesia. The airliner faced multiple difficulties on its approach to the airfield. The pilot faced inclimate weather and flight control failed to route him to another aerodrome. Disaster was imminent. More
The KLM Constellation that crashed on approach to Santa Cruz Airport in Bombay, India killed all 45 persons on board. Among them were 13 American journalists, two of them Pulitzer Prize winners. They worked for Time, Scripps-Howard, Business Week and many more newspapers and publications. The flight arriving from New Delhi was stopping en route to Amsterdam and finally New York. The big airliner was flying into an incessant rain produced by an Indian monsoon.