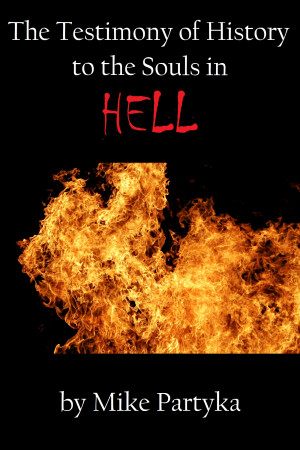 The Testimony of History to the Souls in Hell

By Mike Partyka
The Jehovah's Witnesses claim there is no such thing as an immortal soul, and that the wicked will be completely annihilated rather than spend eternity in torment. But is that what the early Christians believed? Using the same sources approved by JWs in support of their denial of the Trinity, Mike Partyka proves that the early Church did indeed believe in an immortal soul and an eternal hell. More
"All souls are immortal, even those of the wicked, for whom it were better that they were not deathless. For, punished with the endless vengeance of quenchless fire, and not dying, it is impossible for them to have a period put to their misery." (Clement of Alexandria, Fragment 6, from the Book on the Soul)

The Watchtower Bible and Tract Society, the official organization of the Jehovah's Witnesses, claim that there is no such thing as an immortal soul, and that the final fate of the wicked is to be completely annihilated from existence rather than consigned to hell for an eternity of torment. But is that what the early Christians believed?

Mike Partyka is an author of short stories and nonfiction books and a video blogger on politics and religion. He has appeared as a guest commentator on radio programs including "Fault Lines Radio" and "The Backstory with Lee Stranahan". 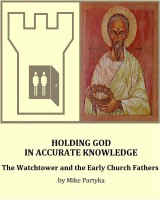 You have subscribed to Smashwords Alerts new release notifications for Mike Partyka.

You have been added to Mike Partyka's favorite list.

You can also sign-up to receive email notifications whenever Mike Partyka releases a new book.