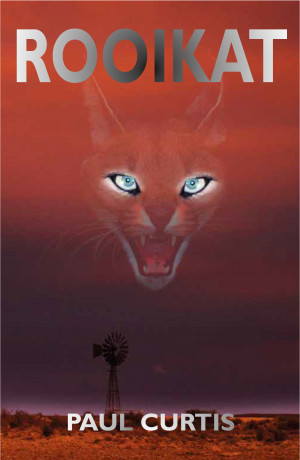 By Paul Curtis
"I never forget a face I've had framed in my telescopic sights." More
The killer code-named Rooikat was ready to deal.
The Colonel was dead and buried and so were the rest of the co-conspirators.
The bomb, stolen years before from the secret nuclear facility at Pelindaba near Pretoria was waiting to be dug out of its hiding place, and the buyers were queuing up.
Rooikat was in the clear. Or was he?
Ex-police officer, private investigator, Jaco Koekemoer had come home to bury the Colonel, his father, killed in a car accident that didn’t make sense. He looked for
answers in his father’s past and opened a can of worms instead.
Follow Koekemoer, and his partners in crime fighting – fellow P.I., Chesney Cook and Police Captain Nathi Mpanza – as they try to stop Rooikat and the bomb reaching Somalia and the murderous Al-Qaeda affiliate, Al Shabbab.
Do they succeed? Or is the terrorist nightmare we all fear closer than ever?

Paul Curtis has been a professional writer for most of his adult life. First as a much-awarded advertising copywriter and creative director at some of South Africa's largest ad agencies, then later as a freelance writer for fishing magazines in both South Africa and the UK. He has had many articles and six fishing books published before writing Rooikat – his first novel.
He is also the writer/editor/designer at his own small outdoors-orientated publishing company, Platanna Press.
As a side-line to his writing career, Paul built and ran his own pub (The Poacher), ran sheep on a small (and unprofitable) farm, owned and managed a high-end fly fishing tackle shop and taught and guided numerous beginner flyfishers. He has fished and hunted every corner of Southern Africa and lived in five of South Africa's provinces as well as in Zimbabwe. He now lives on a mountain top in Snowdonia, Wales, with his wife Ronni and a labradoodle named Gus.

You have subscribed to alerts for Paul Curtis.

You have been added to Paul Curtis's favorite list.

You can also sign-up to receive email notifications whenever Paul Curtis releases a new book.