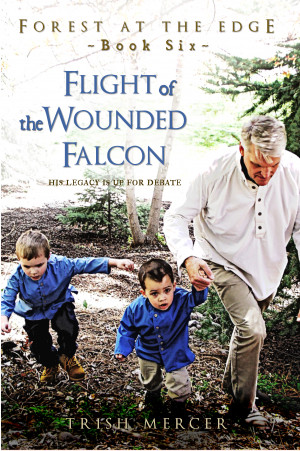 Flight of the Wounded Falcon (Book 6 Forest at the Edge)

Trish Strebel Mercer has been teaching writing, or editing graduate papers, or revising web content, or changing diapers since the early 1990’s. She earned a BA in English from Brigham Young University and an MA in Composition Theory and Rhetoric from Utah State University. She and her husband David have nine children and have raised them in Utah, Idaho, Maryland, Virginia, and South Carolina. Currently they live in the rural west and dream of the day they will be old enough to be campground managers in Yellowstone National Park.

About the Series: Forest at the Edge 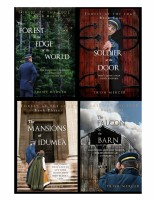 The population is about 1 million.

Or think all those who live in Idumea and the surrounding villages.

Because the Chairman and Administrators make sure no one wants to leave.

Especially a nosy army captain and a pushy school teacher who dream of exploring, even though the world is out to get them.

Also in Series: Forest at the Edge

This saga would be great as a mini series on tv. Please write the rest!! I miss them already. I read all six books in about three weeks ( I've got kids). I like that it's exciting even though it's clearly a Christian book

You have subscribed to alerts for Trish Mercer.

You have been added to Trish Mercer's favorite list.

You can also sign-up to receive email notifications whenever Trish Mercer releases a new book.